Using Artificial Intelligence To Help Corporations Mine Their Own Data 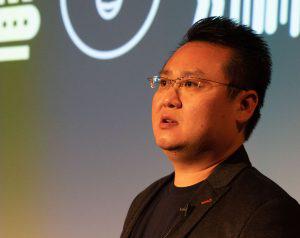 Danny Goh is the founder and CEO of a Nexus Frontier Tech, a new company that’s helping corporations use artificial intelligence to more efficiently mine and use their own data.

This may sound prosaic, but Goh believes, in spite of the conventional fears about artificial intelligence, this is where AI is going to have the most immediate impact.

There are no robots in the works at Goh’s London based company. What he and his team of engineers do is analyze problems plaguing mid to large size corporations—and help them use AI algorithms to solve them.

“Even though there’s a lot of information available on the internet, it’s still true that more than ninety-percent of the world’s data is still in private hands—whether in private corporations or governments,” he told me when we talked via Skype.

“And the biggest problem about this data is—they actually have no idea how to use it: the segregation within the internal workings of a large corporation, or in a public agency, is just too huge. So this is problem number one.”

And problem number two, he said, is the data is not accessible–not easily.

“Because they are either in paper form or PDF form or graphic forms,” he said, “this requires a human to process, to access and read it. And presumably you have to spend the same amount of time to analyze it …and the process is one which will never end, of course, because the amount of new data continues to grow every day.”

This is where Nexus Frontier comes in; the company’s team of engineers create AI algorithms for machine learning to help their clients process data—in whatever format it’s been stored– in a much faster way than humans, and much more accurately.

But the company is also building a platform, called Podder.ai—which clients will be able to license and customize to their own needs. And it’s scheduled to be available in 2019. For the present, Goh said, his team of over a hundred AI engineers consult directly with their clients.

Goh grew up in Malaysia. “My dad sent me to Australia for school, so I stayed in Sydney for a couple of years before moving around to different countries. And then ended up in London for the past ten years.”

With an engineering background, he initially got involved in startups, both small and big ventures. But Goh soon began concentrating on building his own startups, companies involved mostly in education, over the last five years.

“And when I started this venture, it was actually about the time I had started to invest in other small startups based in southeast Asia and Europe.” And it was in London where he met he met his current Nexus partners from Japan.

“They’re small investors like myself,” Goh told me. “We met together and decided it would be good to start co-investing together in other small startups in southeast Asia. And then an opportunity came when other corporations in Japan knew about our activities in southeast Asia, and they asked us to introduce them to all these new AI technologies.

“So that was when we decided to use our expertise to help those corporations source for different technologies, whether it meant building an application or in using AI. That’s where our strength is.”

Goh started to build the team back in 2015. As the team grew, he learned that there were ‘big corporates’ in Europe that were also in need of his team’s expertise.

It’s been an exciting process, and Goh believes Nexus has just seen the tip of the iceberg. In his view, in the business world right now, AI is at about the same stage that the internet was in the late 1990s: on the verge of transforming businesses, but with the greatest wave yet to come. And he likes to use web designing as an analogy.

“In the early internet, it was very slow to spread out,” he said. “And to design a web site required a lot of human labor. After all the off-the-shelf and then online web designer tools became available, and then Google, then anybody could create a web site, with tools that make it possible to do it a lot faster and easier.”

The real AI revolution will be like that, he said, not robots stealing our jobs. But machine learning and algorithms–eventually right in our mobile phones.

“So that’s what we’re trying to do now, to make AI more easy to access for more people in the corporate world.”

“In our experience working with large corporations, we’ve realized the supply of production-scale AI solutions is extremely rare because most AI companies and startups remain at the research and trial stage. We understand that a technology will not work if it is not integrated into a business on a larger scale.”

Goh has high hopes for Podder.ai, which will be the AIaaS (AI as a service) platform to offer company based AI developers and engineers a robust system to easily implement and manage their AI modules in their own IT systems, helping them to solve problems in a smarter way.

“Through this platform, we will enable businesses to connect research level deep learning and machine learning models to the real world, making these models easier to use and delivering more value,” he said.

“The problem now is that the general public, as well as businesses, don’t fully understand what AI is. People still don’t know what its real potential is. Nexus wants to make AI available to everybody.”

“Make it simple and understandable,” he said. “Make it tangible and realizable.” That’s what Nexus Frontier is aiming for.

The article is published on Forbes.